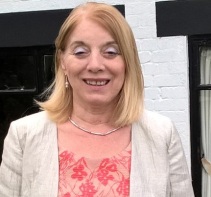 This week, CWC member Maureen Boon brings us another example of how the writerly community is adjusting to the curious times we are living through.

“Through my membership of the National Association of Writers in Education, I received an invitation to a recent South West NAWE networking event. It was hosted by Paper Nations and attended via Crowdcast, a platform which I had not used before.

Crowdcast is different from Zoom and Teams in that you have a maximum of four presenters on screen, along with a live chat stream to which all participants can contribute.

The speakers told us about their various projects and alongside this the chat stream, from the forty-two attendees, flowed thick and fast. It was quite difficult to keep focus on both at the same time and I actually found the information from the chat stream at least as engaging as the speakers. The only problem was that when someone asked a question, any answers were usually at least two or three entries later. Rather confusing!

The most helpful things I discovered were the links to various websites and projects below: